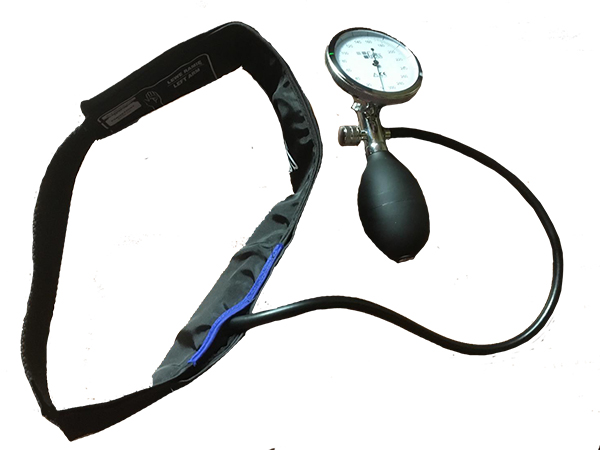 The Growband is designed, patented and manufactured by hairguard – a British company which was started in 2012 by Will Slater – a chemical engineer by training. The company specializes in hair growth products and has a credible medical review team that is comprised of a post-doctoral health psychologist and a medical doctor. The company’s flagship product – the Growband, reduces scalp tension and enhances vascular (blood) flow in the hair follicles in only 10 minutes a day. It is indicated for men and women with male-pattern baldness and hair loss.

The Growband dynamically inflates and deflates, causing a passive stretching of the scalp. This functionality mimics a scalp massage, and essentially diverts blood from the peripheries and occipital areas of the scalp to the vertex of the scalp. Just 10 minutes a day of passive inflation and deflation causes the hair follicles to be optimally perfused with blood, thereby enhancing oxygenation and the delivery of vital nutrients that are essential for growth. This effect lasts for up to 30 minutes even after stopping the use of the Growband. In one experiment by hairguard researchers, the scalp temperature was observed to rise during the use of the Growband, and remained elevated for 30 minutes post-massage. This is indicative of a better blood flow, as arterial (oxygenated and nutrient rich) blood is warmer than venous blood (deoxygenated and nutrient poor) [3]. The Growband also causes the skin of the scalp to crease, bringing the hair follicles closer to one another and temporarily increasing the follicle density of the scalp for the duration of the massage. The usefulness of scalp massages cannot be overstated. One study in 2016 found that scalp massage for just 4 minutes a day for 24 weeks resulted in an increase hair thickness. The authors of this study found that stretching forces result in changes to human gene expression in the dermal papilla cells that are located in the subcutaneous tissue [4].

Advantages of Using the Growband

How to Use The Growband

Minoxidil is no.1 hair growth treatment. It has stronger evidence for hair growth as compared to the Growband. This is because to date, there aren’t any published studies which validate the claims put forward, or experiments performed by the hairguard team. Originally developed in the 1970s for the treatment of hypertension, Minoxidil (2,4-diamino-6 piperidino-pyrimidine-3-oxide) causes potassium channels in the smooth muscle cells around the arteries supplying the hair follicles to dilate. This dilation of the vessels results in a better blood-flow to the hair follicles, resulting in faster and more robust growth. The evidence for minoxidil is extremely robust. In 2015, a systematic review and meta-analysis of Minoxidil’s efficacy in androgenetic alopecia was conducted. The researchers concluded that “a significantly higher proportion of participants in the minoxidil group had greater hair growth than participants in the placebo group as judged by both investigators and self-reports” [6]. The mechanism of action of minoxidil is also better understood, as it stimulates the microcirculation near the hair follicles by promoting arterial vasodilation as well as activates prostaglandins to stimulate hair growth. Years of studies have shown that minoxidil is well tolerated and may cause mild skin irritation and some isolated itching. One disadvantage of minoxidil is that it causes “telogen effluvium” which is characterised by some shedding of hair early in its course.

Although the Growband is a CE-marked device, it might be worth mentioning that it is still a Beta device. This means that the Growband that is being sold by hairguard now is a prototype, and is not as polished as the company would like in terms of production quality. Hence, because of the overall evidence that points in favour of Minoxidil and Finasteride, it is recommended that users of the Growband complement their scalp massages with these drugs. The synergistic effects of Minoxidil/Finasteride and the Growband are likely to result in greater hair growth and a higher hair follicle density than using either option alone.

The Growband is an innovative and novel medical device produced by a British company – hairguard. The Growband easily facilitates scalp massages for 10 minutes a day and is expected to yield positive hair results after 3 months, resulting in thicker and stronger hair by 6 months of continued use. It is recommended that the Growband be used as a complementary therapy to well-established and evidence based therapies such as Minoxidil products such  Lipogaine for men or Lipogaine for women. 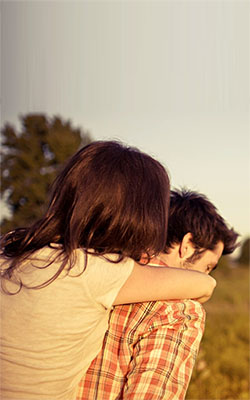 Try us for free

Any lipogaine product, new customer only

By registering, I confirm I want to receive free sample product. I also confirm that I am at least 18 years of age and that I have read and agree to the lipogaine Terms and Conditions and lipogaine Privacy Policy